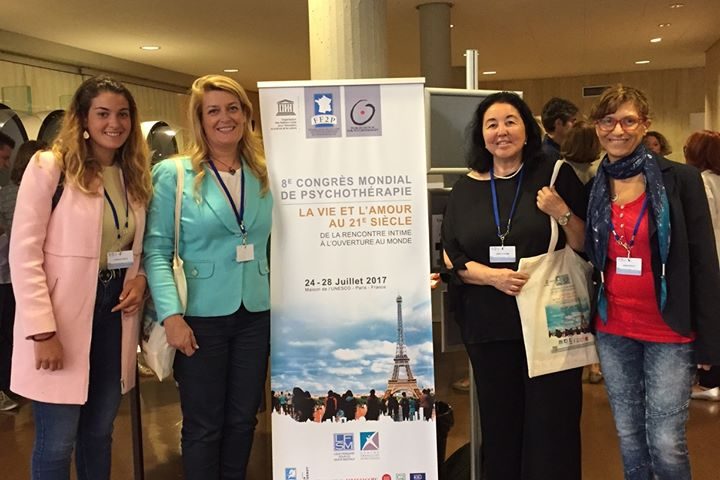 From the 24th to the 28thth July 2017, the 8th World Congress of Psychotherapy “Life and Love in the 21st Century” (http://wcp2017.org/) was held at the UNESCO’s headquarters in Paris. The Swiss Scientific and Humanistic Research Foundation Antonio Meneghetti and the International Ontopsychology Association (NGOs in the Special Consultative Status with the ECOSOC of the United Nations) attended the Congress and presented four works as part of the scientific programme of the WCP, under the patronage of  UNESCO. This is one the most important conferences in the field of psychotherapy and takes place every three years.

After the events led by the Founder Professor Antonio Meneghetti on the “Leader” theme in 2000, and “Pedagogy” in 2006 and 2007, coming back to Paris at UNESCO was very exciting, especially because we had the chance to deliver some of our presentations in the same rooms where Professor Meneghetti presented his own!

The participation at the 8th World Congress of Psychotherapy was coordinated by Dr. Gabriella Palumbo, President of the International Ontopsychology Association. 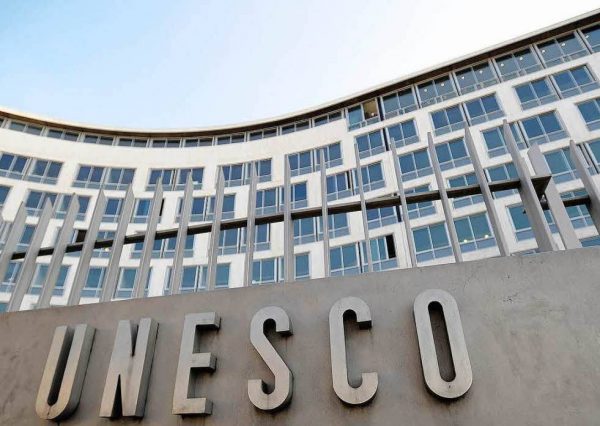 The entrance of the UNESCO’s headquarters in Paris, where the 8th World Congress of Psychotherapy was held. 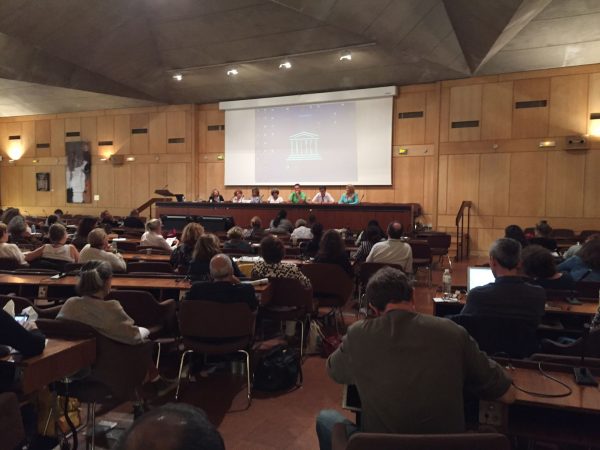 In front of an audience of 120 psychotherapy professionals … 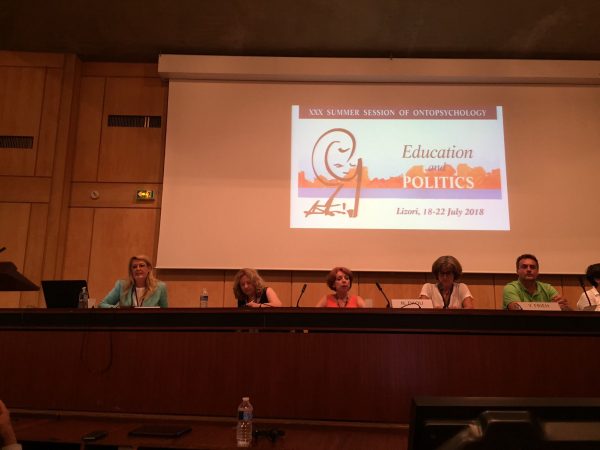 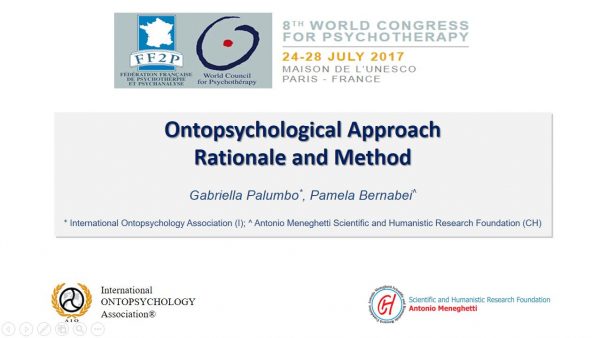 At the same time, in another room of the UNESCO’s headquarters, Dr. Gabriella Palumbo was presenting her talk “Ontopsychological approach: rationale and method”, which was included in the symposium “Psychopathology of the Child and Teenager”, chaired by the president of the Scientific and Organising Committee of the Congress, Mr. Pierre Canoui. 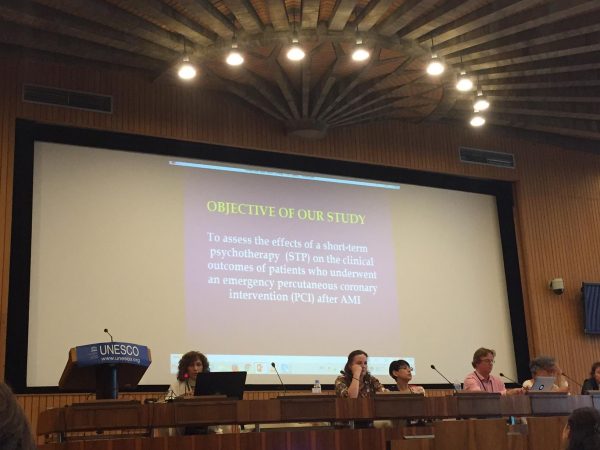 The day before, on 26th July 2017, Dr. Adriana Roncella presented the results of the research “One-Year and Five-Year Results of the STEP-IN-AMI (Short Term Psychotherapy in Acute Myocardial Infarction) trial”, in the same room where the conference on pedagogy was organized in 2007! 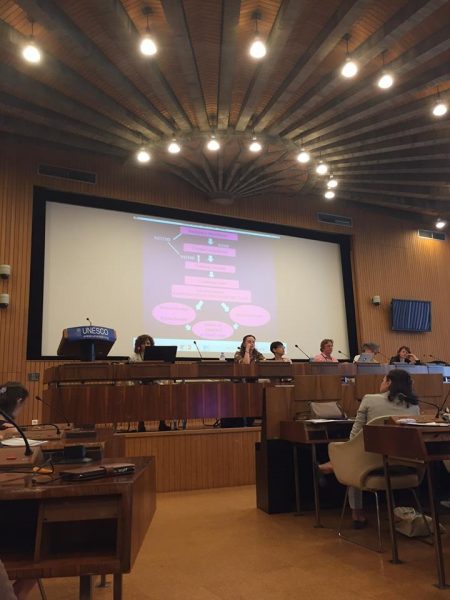 This work received the Meneghetti Award prize for medicine in 2014 and was published in the book “Psychotherapy for Ischemic Heart Disease. An Evidence Based Clinical Approach “, by A. Roncella and C. Pristipino, published by Springer in 2016. 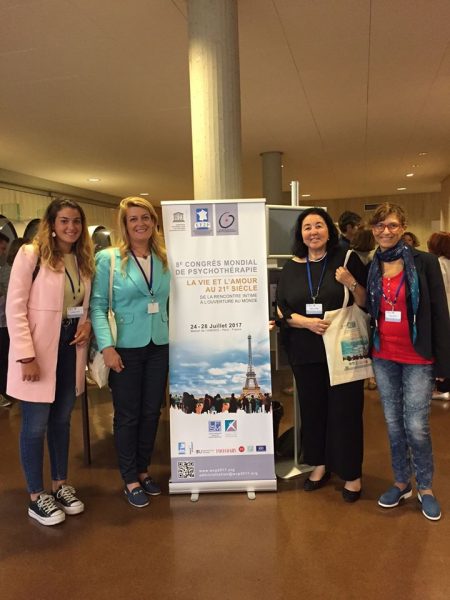 It was a great experience. Especially because the 25th July 2017 was the 10th anniversary of the institution of the Scientific and Humanistic Research Foundation Antonio Meneghetti and living it in concrete action…. 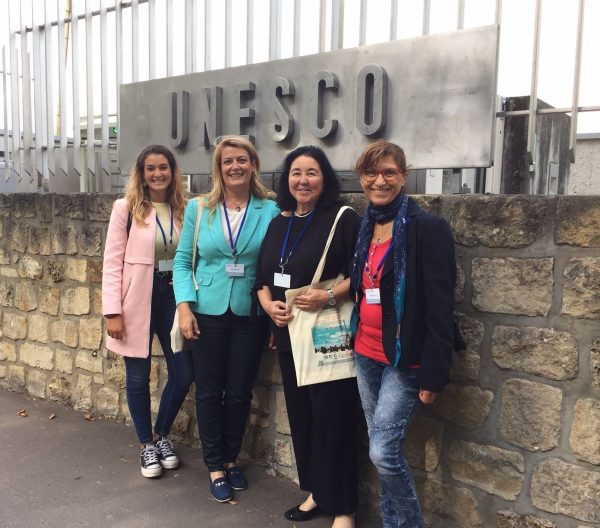